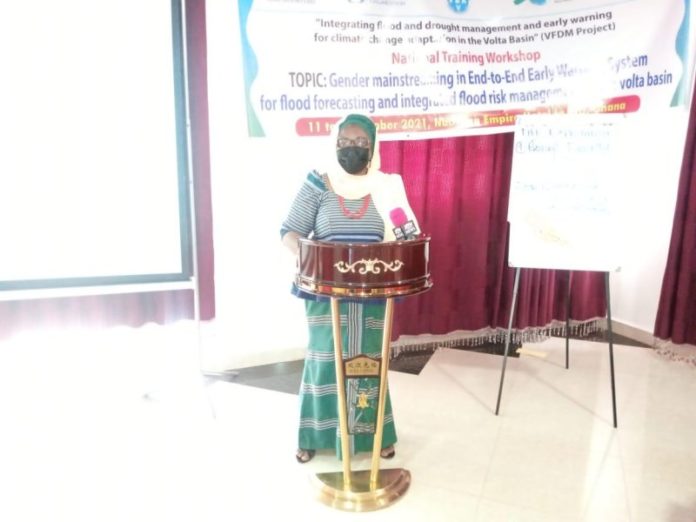 Wa, Oct. 12, GNA – In the prevention and management of climate risks, women, the youth, and vulnerable people who formed the majority of the population are either less represented or not involved at all in the various decision-making bodies.

Such a situation, which stems basically from some socio-cultural practices and rules, had generated and aggravated inequalities over the years, thereby, limiting efforts towards climate change adaptation and resilience. 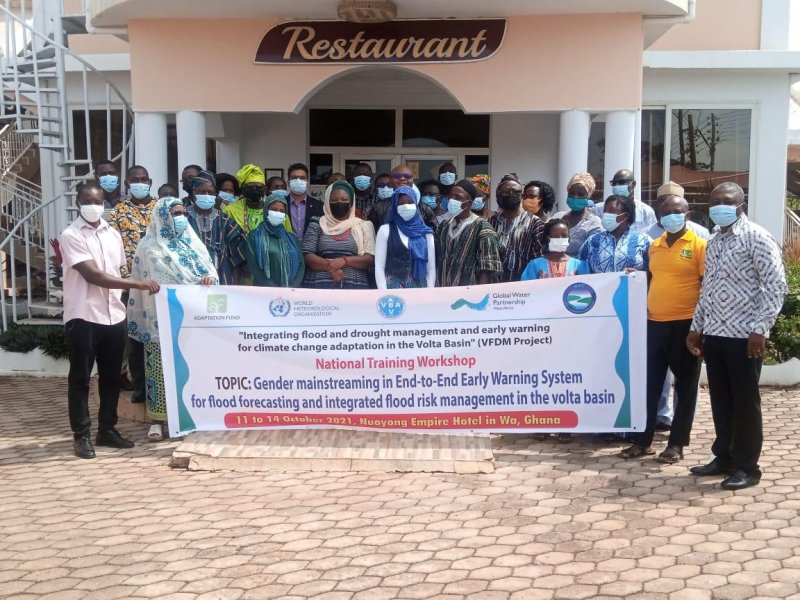 “This is the more reason why it is of absolute necessity to take gender issues into account in flood risk prevention and management to reduce the various adversities suffered by the population”, he said.

He, therefore, appreciated the holding of the workshop, which according to him, would afford participants the opportunity to appropriate the tools necessary for mainstreaming gender in the early warning system for effective flood risk management in the basin.

Mr Dessoussi recalled that since 1970, the mother-basin, like other river basins in West Africa, Africa, and elsewhere had suffered the characteristic adversities of climate change particularly extreme phenomena such as flood and drought coupled with the loss of human lives and damage to property.

The Executive Director noted that although they could not avoid such extreme hydro-climatic phenomena, their concerted anticipation must enable them to reduce current and future climate risk on ecosystems and the inhabitants, particularly women and the youth in the rural areas.

Mr Kocou Armand Houanye, Executive Secretary, Global Water Partnership West Africa (GWP-WA), said a needs assessment carried out from April to August 2016, revealed that a flood event that occurred in 2007 in the Upper West, Upper East, and the Northern Regions were impacted by the floods resulting in over 300,000 people being affected.

He said on September 10, 2010, prolonged flooding as a result of heavy rainfall and spillage of the Bagri dam, 17 people lost their lives, 3,234 houses from 55 communities collapsed, 23,588 farmers had their farmlands destroyed, 1,109 ruminants were carried away, and 25,112 people were displaced in the Central Gonja District of Northern Ghana.

Mr Houanye noted that to contribute to addressing the situation, the consortium comprising the VBA, World Meteorological Organization (WMO), and the GWP-WA in collaboration with the national and regional institutions developed the, “Integrating Flood and Drought Management and Early Warning for Climate Change Adaptation in the Volta Basin (VFDM)” project funded by the Adaptation Fund with implementation starting in June 2021.

He expressed the gratitude of the consortium to the Water Resources Commission (WRC) and all other partners involved for the great contributions they were providing to succeed together with the implementation of the VFDM project.

Alhaji Issahaku Tahiru Moomin, the Wa Municipal Chief Executive (MCE) in a speech delivered on his behalf by Pognaa Fati Koray, the Wa Municipal Coordinating Director, noted that recent floods as reported across the country were a manifestation of climate change.

He said the havoc caused by these floods in both rural and urban areas exposed the community’s level of vulnerability and how ill-prepared they were as a nation towards mitigating the impact of climate change.

The MCE, therefore, called on Municipal and District Assemblies and other Development Agencies to factor in environmental and climate change issues in their development plans.

He commended the consortium for their continued collaboration in implementing the VFDM project, adding, he was very confident that the outcome of the workshop would better position stakeholders to be able to plan and carry out actions that would reduce the impact of floods and other climatic events on their people.

Mr Ben Ampomah, Executive Secretary, WRC, in an address delivered on his behalf by Mr Joachim Ayiiwe Abungba, Principal Basin Officer, WRC, Black Volta Basin, noted that in 2019, the Government of Ghana dredged some tributaries of the White Volta and provided early maturing seeds to farmers to mitigate the impact of flooding of settlements, farmlands, and infrastructure in the basin.

He said WRC with support from the World Bank had developed a Flood Early Warning System for both the White Volta and Oti basins for the flood forecasting to improve management of floods in the basins.

The WRC Executive Secretary noted that despite the interventions, they still needed to do more, adding that, it was gratifying that Ghana and the other riparian countries was benefiting from the Integrated Flood and Drought Management and Early Warning for Climate Change Adaptation in the VBA project.

The four-day workshop is aimed at training participants on how to effectively apply the methods and tools of gender mainstreaming in planning, programming, budgeting, and monitoring and evaluation processes of End-To-End Early Warning System for Flood Forecasting and Integrated Flood Risk Management (E2E-EWS-FF and IFM) 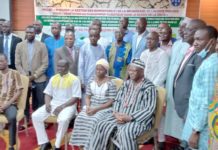 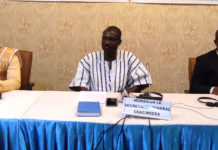 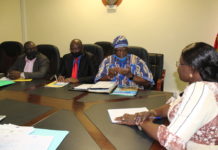 Audience of the Executive Director with the Minister of Environment, Energy, Water and Sanitation, Minister in charge of Burkina Faso